Unfortunately our website doesn't look so great in your current browser

Do yourself a favour and check us out using Google Chrome or Mozilla Firefox
FAIL
FREE NEXT-DAY DELIVERY OVER €60 DELIVERY FROM €1.99 FOR ORDERS UNDER €60 EARN AOB REAL REWARDS 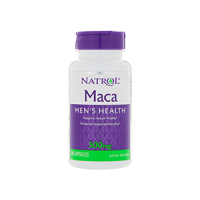 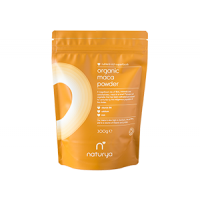 Maca is a plant that grows in central Peru in the high plateaus of the Andes Mountains. It has been cultivated as a vegetable crop in this area for at least 3000 years. Maca is a relative of the radish and has an odor similar to butterscotch. Its root is used to make medicine.

It's Highly Nutritious
Maca root is a good source of carbs and protein, is low in fat and contains a fair amount of fiber. It's also high in some essential vitamins and minerals, such as vitamin C, copper and iron. Furthermore, it contains various plant compounds, including glucosinolates and polyphenols.

It May Boost Sports Performance and Energy
Maca root powder is a popular supplement among bodybuilders and athletes. It has been claimed to help you gain muscle, increase strength, boost energy and improve exercise performance. Also, some animal studies indicate that it enhances endurance performance. Moreover, one small study in eight male cyclists found that they improved the time it took them to complete a nearly 25-mile (40-km) bike ride after 14 days of supplementing with maca extract.

Maca Can Improve Your Mood
Several studies have shown that maca can enhance your mood. It's been associated with reduced anxiety and symptoms of depression, particularly in menopausal women. Maca contains plant compounds called flavonoids, which have been suggested to be at least partly responsible for these psychological benefits

It May Improve Learning and Memory
In fact, it has traditionally been used by natives in Peru to improve children's performance in school. In animal studies, maca has improved learning and memory in rodents that have memory impairment.

It Increases Libido in Men and Women

It May Increase Fertility in Men

It May Help Relieve Symptoms of Menopause